Legion's culture embraces the concept of the warrior’s purpose being one of service. Our Core Values are the exemplification of such a culture and the fundamental purpose behind our organization, to serve. In our modern age of disposable technology, we have found a place for such age-old wisdom that we believe holds true to this day and is needed now more than ever.

Through the training and continued development of our team we strive to instill these seven Core Values in every member of our team:

‍
Forged from these many years of experience, Legion has quickly become an iconic leader in the local security industry, and a forerunner in the development of the industry’s first privately operated police style patrol force. 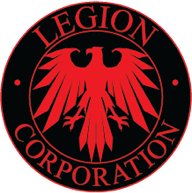 Our Founder and CEO, Joseph Shelley, is a visionary leader and skilled expert in security management, risk assessment, and a wide spectrum of security related operations  that he developed during is years in law enforcement.

Ricky Soares joined the team in 2014 and brings a high level of operational expertise and field management to Legion's operations.

Nick is the newest member of our team. He brings his experience from many years in marital arts, and as a professional coach and trainer to our marketing and sales force.